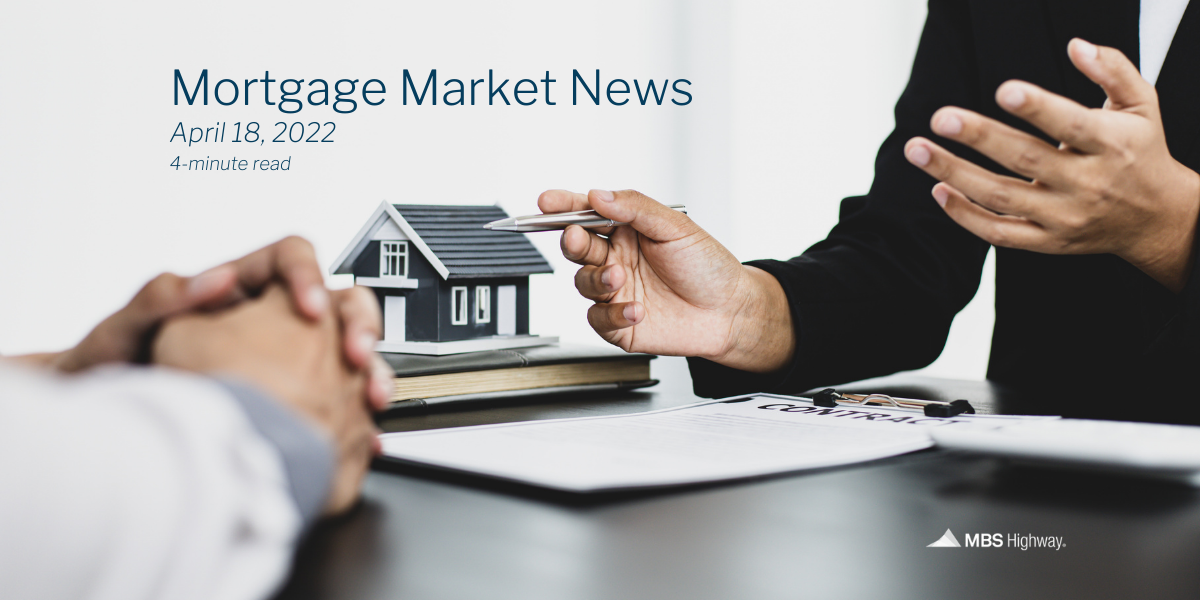 Consumer and wholesale inflation were red hot in March. How did this impact consumer spending and small businesses?

The Consumer Price Index (CPI), which measures inflation on the consumer level, rose by 1.2% in March. This pushed the year over year reading higher from 7.9% to 8.5%, which is the hottest reading in 41 years.

Core (CPI), which strips out volatile food and energy prices, rose by 0.3%. As a result, year over year Core CPI increased from 6.4% to 6.5%, which was a bit less than anticipated. The headline inflation jump was expected due to rising oil and food prices, but the Core reading was cooler than anticipated and garnered a positive reaction in the Bond market when the data was released last Tuesday.

Within the report, rents rose 0.4% in March and increased from 4.2% to 4.4% on a year over year basis. While this data has started to increase, the CPI report is still not capturing the double digit increases year over year that many other rent reports are showing.

Owners’ equivalent rent also increased 0.4% and the year over year figure rose from 4.3% to 4.5%. However, note that this data is based on a survey that asks homeowners, “If someone were to rent your home today, how much do you think it would rent for monthly, unfurnished and without utilities?” Understandably, this is very subjective and many people would be guessing these amounts so while this data tries to capture the rise in home prices, it does a poor job.

Note that despite the rise in inflation, consumers continued to spend in March as Retail Sales rose 0.5%, just below the 0.6% expected gain. Sales in January were also revised higher from a 0.3% monthly rise to 0.8%.

The Producer Price Index, which measures inflation on the wholesale level, rose 1.4% in March, which was hotter than expectations of 1.1%. On a year over year basis, PPI rose from 10.3% to 11.2%, which is the highest level on record since the methodology for collecting data was changed in 2010.

Core PPI, which also strips out food and energy prices, doubled expectations with a 1% increase in March. The year over year figure increased from 8.7% to 9.2%.

Producer inflation remains elevated, which often leads to hotter consumer inflation levels, as producers pass those higher costs along to consumers. And as noted below, about 50% of the companies surveyed by the NFIB expect future price hikes.

Meanwhile, the Cass Freight Index, which is a monthly measure of the North American freight market, showed that freight volumes slowed from 3.6% year over year in February to 0.6% in March. Shipments were up almost 3%, but Cass Freight said this is 100 basis points below the normal seasonal pattern. All goods in the U.S. travel along some type of freight so it will be important to see if this slowdown is an early sign of a potential turning point, as this report has been another early recession indicator in the past.

Small business owners reported that inflation is the biggest problem right now, followed by ongoing staffing shortages and supply chain disruptions. As a result, companies that expect higher selling prices rose another 4 points to 72%, which is the highest in the survey’s history. In addition, 50% of owners reported plans to raise prices going forward.

In addition, owners expecting better business conditions over the next six months fell 14 points to a -49%, which is the lowest level since the beginning of the survey in 1973. Given that we have experienced several recessions, a housing bubble and the COVID pandemic over the last 50 years, the fact that owners are feeling so negative right now could be yet another indicator that we may be headed for a recession. 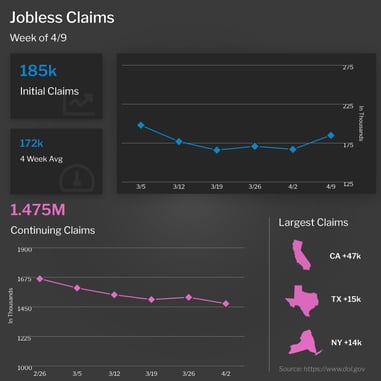 Initial Jobless Claims ticked higher in the latest week, as the number of people filing for benefits for the first time increased by 18,000 to 185,000. However, this is coming off a near 54-year low in the previous week, so a bounce higher is understandable.

Continuing Claims, which measure people who continue to receive benefits after their initial claim is filed, fell by 48,000 to 1.475 million.

The story here remains the same: The labor market remains tight as employers are holding on to their workers and firing less.

The Scoop on Key Auctions

Tuesday’s 10-year Note auction was met with below average demand. The bid to cover of 2.43 was below the one-year average of 2.50. Direct and indirect bidders took 81.3% of the auction compared to 85.2% in the previous 12. After the weak auction, yields gave back some of their move lower, but still ended the day lower.