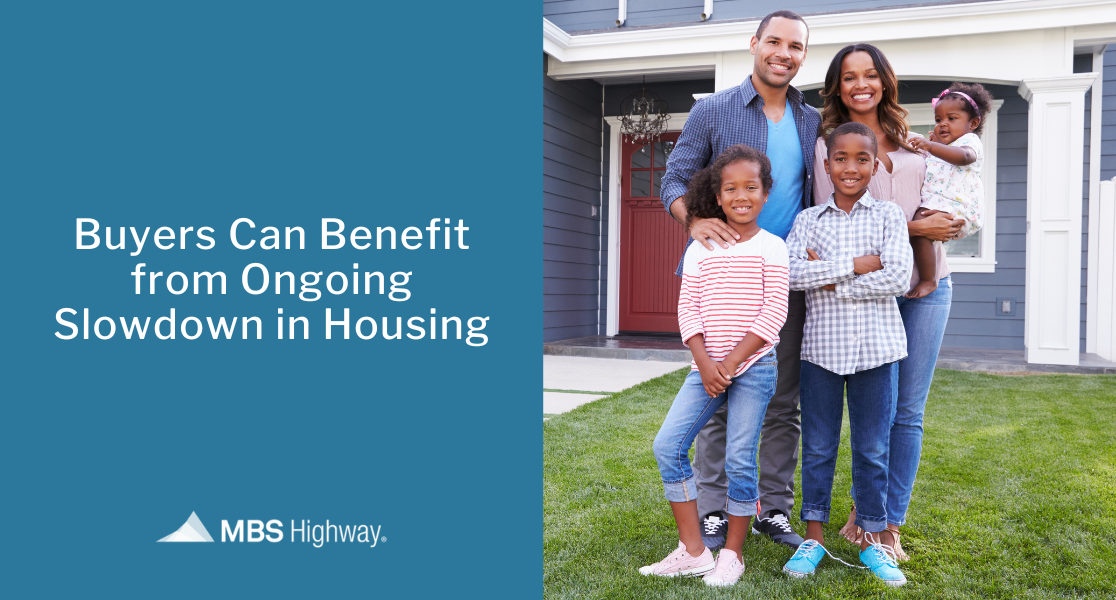 HOLMDEL, NEW JERSEY, November 10, 2022 – Earlier this month, MBS Highway surveyed roughly 3,000 mortgage and real estate professionals around the country regarding current housing market conditions. The results for the November 2022 release showed that there has been a slowdown in activity and pricing pressure in recent months, with only 19% of respondents saying that their market is still “steady to very active.” This is compared to 29% of respondents in October and well below the 41% in September.

In terms of pricing pressure, 4% of those surveyed are still seeing “moderate to significant” price increases versus 5% in October and 10% in September. While 78% are seeing some degree of price reductions (as compared to 74% in October and 68% in September), respondents noted that many of these are listing prices that are coming down to more appropriate levels and not home value declines. 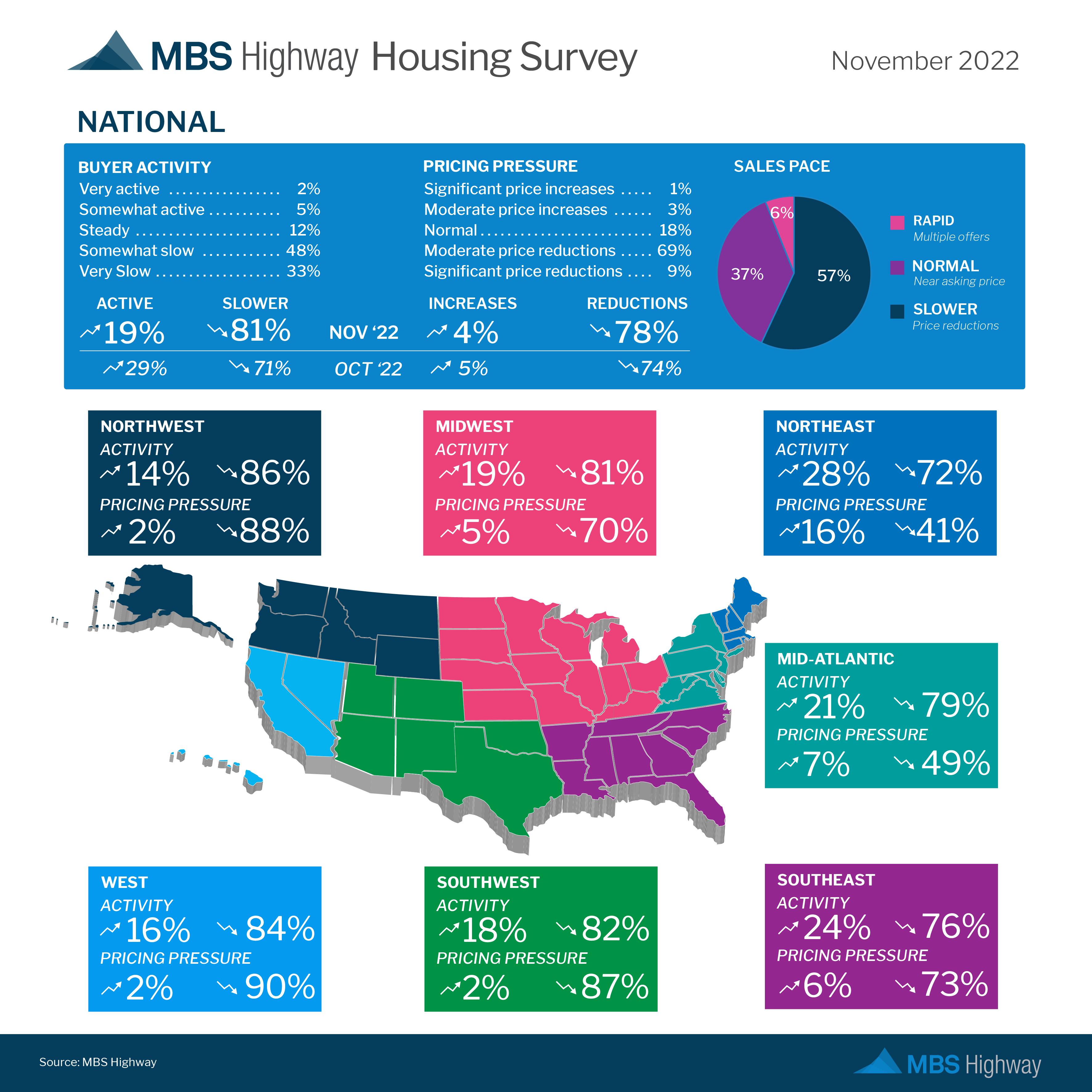 The percentage of respondents describing their markets as steady to very active moved below 30% across all regions in November. Respondents were much more likely to describe buyer activity in their markets as “somewhat slow” or “very slow” this month, including 72% in the Northeast, 76% in the Southeast, 79% in the Mid-Atlantic, 81% in the Midwest, 82% in the Southwest, 84% in the West and 86% in the Northwest.

Moderate to significant price reductions were seen more in the Western part of the country, as noted by 87% of respondents in the Southwest, 88% in the Northwest and 90% in the West. These types of price reductions have also increased in other areas of the country, as cited by 70% of respondents in the Midwest and 73% in the Southeast.

A normal to rapid sales pace with homes selling either near asking price or quickly with multiple offers remained the norm in much of the middle and Eastern parts of the country, with 50% of respondents in the Southeast, 56% in the Midwest, 71% in the Mid-Atlantic and 82% in the Northeast describing their markets in this manner. However, once again these figures have decreased from September and October, except for the Mid-Atlantic, which held steady from last month.

Dan Habib, Executive Vice President for MBS Highway, explained, “There are a few reliable housing reports available in the market, most of which are delayed by two months. Because MBS Highway has over 37,000 mortgage and real estate clients, we felt we were in a unique position to capture real-time regional housing data from our subscribers, who are on the front lines of the housing market.”