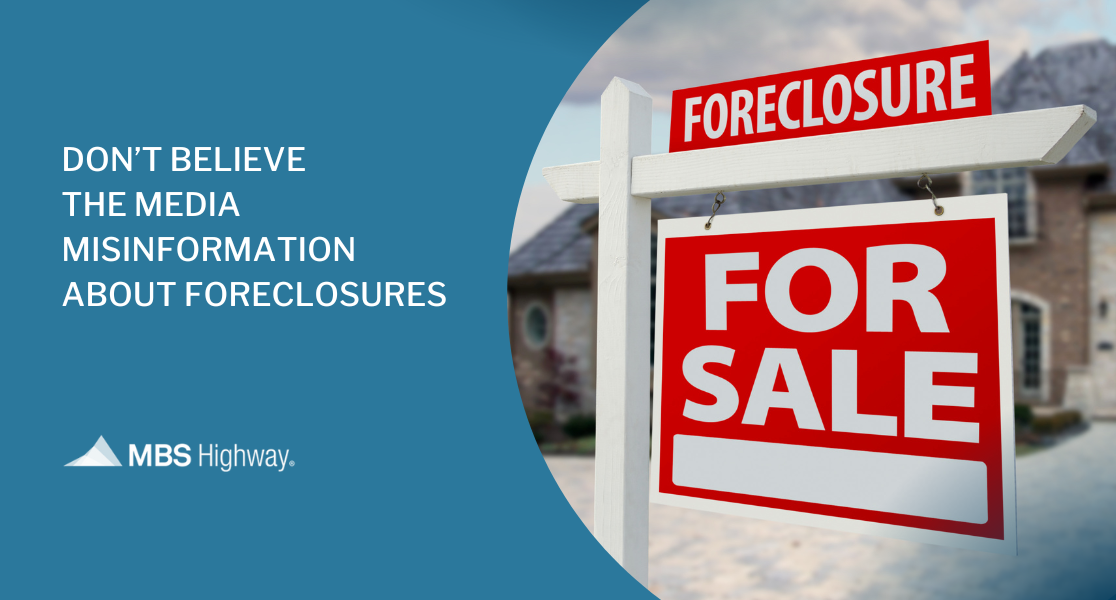 Recent media headlines continue to spread fear about a pending collapse in the housing market, with the news that foreclosures in the first half of 2022 are up 150% from last year. And while it’s true that foreclosures have risen this amount when compared to last year, a look back at the data in recent years confirms the situation is far from dire, as the media would have you believe.

The chart below from ATTOM Data compares foreclosure activity in the first six months of the year going back all the way to 2008.

But does the 150% increase that we’ve seen this year signal a collapse in the housing market?

Looking more closely at the data, you can see that it puts us right on par with the 165,530 foreclosures seen in 2020. And remember, foreclosure moratoriums were also in place in 2020, which held the number of foreclosures down in that year.

In addition, homeowners today have record levels of equity in their homes, not to mention that lending conditions are much stricter today than they were in the late 2000’s. These factors will also keep the number of foreclosures in check.

And while it’s true that higher mortgage rates and higher home prices have slowed demand for homes, record low inventory should remain supportive of home prices, which will also keep a lid on foreclosures. Data released earlier this month from the National Association of Realtors showed that there was just a 3.3 months’ supply of existing homes available for sale at the end of July, well below the six months that is considered a balanced level.

As the data clearly demonstrates, the number of foreclosures seen this year is significantly less than any time from 2008-2019. So, even though foreclosures are up 150% from last year, it’s important to understand that number in context.

Do you want analysis like this on a daily basis?

Investing in an MBS Highway membership – where you'll have access to our daily morning update video featuring analysis on the markets and economic data as well as tools like our Bid Over Asking Price, Buy vs. Rent Comparison, Loan Comparison, lock alerts and more – means you'll have everything you need to turn prospective homebuyers into clients and become the type of advisor they need to guide them in today's market and for years to come.

Take a free 14-day trial of MBS Highway and see for yourself how we can help you grow your business this year.

Where is the Housing Market Headed?

The housing market was on fire in 2021, with low rates and strong demand. But what’s in store for...

Don’t Let the Media Scare Your Clients About Home Affordability