Looking Past the Jobs Report Headlines 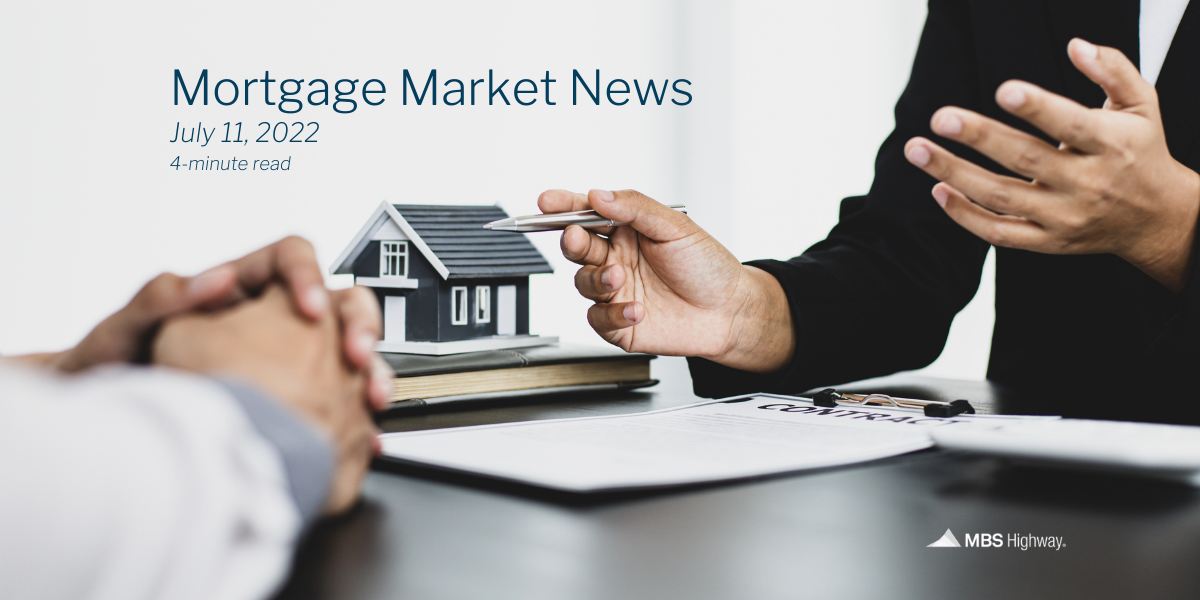 The Jobs Report for June appeared strong on the surface, but that’s not the whole story. Plus, annual home price appreciation remained over 20% in May. Here’s what you need to know:

A Tale of Two Jobs Reports 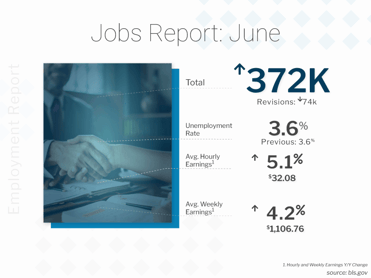 The Bureau of Labor Statistics (BLS) reported that there were 372,000 jobs created in June, which was stronger than expectations of 250,000 new jobs. However, there were negative revisions to the data for April and May removing 74,000 jobs in those months combined, which tempered the optimism slightly. The Unemployment Rate remained at 3.6% for the fourth month in a row.

Note that the headline unemployment rate removes people who are not actively searching for a job and there were almost 6 million people that are not being counted who “want a job” but have not looked in the last four weeks. The U-6 all-in unemployment rate, which adds back all these individuals and is more indicative of the true unemployment rate, decreased from 7.1% to 6.7%.

These strong headline figures may give the Fed the “green light” to hike its benchmark Fed Funds Rate 75 basis points at its meeting later this month, which would follow the 25, 50 and 75 basis point hikes they already made in March, May and June, respectively. Remember, the Fed has been hiking the Fed Funds Rate, which is the interest rate for overnight borrowing for banks and it is not the same as mortgage rates, to help cool inflation.

What’s the bottom line? While these headline figures looked strong, this is not the whole story.

There are two reports within the Jobs Report and there is a fundamental difference between them. The Business Survey is where the headline job number comes from and it's based predominately on modeling. The Household Survey, where the Unemployment Rate comes from, is done by actual phone calls to 60,000 homes. The Household Survey also has a job loss or creation component, and it showed there were 315,000 job losses, which is a big discrepancy from the headline number.

In addition, the labor force decreased by 353,000. Since this is fairly close to the number of job losses that were reported, the unemployment rate remained the same – but for the wrong reasons. It was not due to strong job growth, but rather more people leaving the labor force than job losses.

Do Jobless Claims and Job Openings Signal a Slowdown? 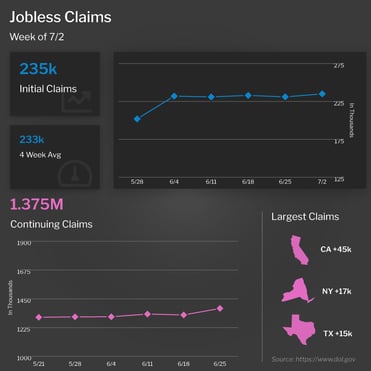 Initial Jobless Claims increased by 4,000 in the latest week, as 235,000 people filed for unemployment benefits for the first time. Continuing Claims, which measure people who continue to receive benefits after their initial claim is filed, rose by 51,000 to 1.375 million. This is the highest reading since late April.

What’s the bottom line? While Initial Jobless Claims remain low, the 4-week average is at the highest level since December and it has been consistently moving higher. This trajectory higher is likely to continue, given the announcements of significant layoffs from several public companies.

In addition, the Job Openings and Labor Turnover (JOLTS) survey showed that the total number of job openings dropped by 427,000 to 11.3 million in May. Though this is still a high level of job openings overall, the decline in openings could be another sign that companies are pausing on hiring and that the economy is slowing.

The ADP Employment Report, which measures private sector payrolls, would normally have been released last week, providing an update on job losses and creations in June. However, ADP announced that they are retooling the report to “provide a more robust, high-frequency view of the labor market and trajectory of economic growth.” In preparation for the changeover to the new report and methodology, they are pausing the current release and have targeted August 31, 2022 to reintroduce the new ADP National Employment Report.

CoreLogic released their Home Price Index report for May, showing that home prices rose by 1.8% from April and 20.2% on a year over year basis. This annual reading declined slightly from 20.9% in April but nearly matches the highest reading in the 45-year history of the index.

CoreLogic forecasts that home prices will appreciate 1% in June and 5% in the year going forward, but this is conservative compared to other forecasts and CoreLogic continues to miss forecasts by a large margin. For example, when we look to their report from last year at this time, they forecasted that home prices would increase 3.4% annually, while last week they reported that prices rose by more than 20%.

What’s the bottom line? Even if CoreLogic’s annual forecast is correct and home prices rise closer to 5% over the next year, this level of appreciation is still extremely meaningful for wealth creation. For example, if someone bought a $400,000 home and put 10% down, that means they would gain $20,000 in appreciation over the next year and earn a 50% return on their investment due to leverage.

Last week may have brought April Fools' Day, but thankfully the strong job and home appreciation...