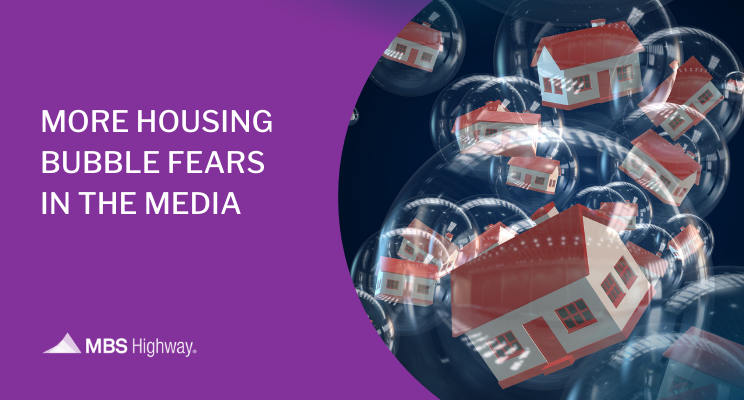 With home prices rising 19.8% on an annual basis in February, the media continues to report that a housing bubble is on the horizon. But there’s an important factor the media hasn’t considered, which is the near-record low level of home inventory currently available.

Existing Home Sales data is reported by the National Association of REALTORS® (NAR). The report measures closings of existing, single-family homes during the measured month and it accounts for nearly 85% of the housing market. It also tracks the supply of existing homes on the market and the median home price of homes that sold. 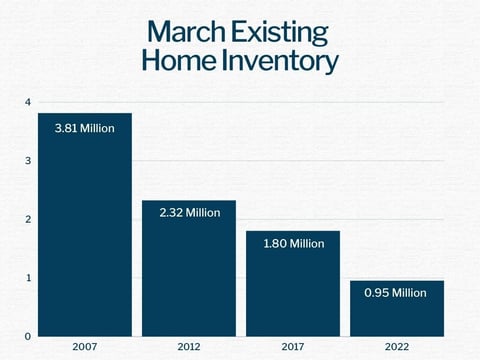 As you can see, back in 2007 just before the housing bubble, there were 3.81 million homes for sale. This was a glut of supply in the market. And since there was not enough demand at that time to sop up the supply that we had, this was one of the reasons leading to the housing bubble.

But look at the consistent and sharp decline we’ve seen in existing home inventory since that time. In March 2012, which was considered more of a balanced market, there were 2.32 million homes for sale. And in 2017, there were 1.8 million homes for sale, almost double this March's existing inventory – and 2017 was still a really strong housing market.

In addition, there are around 14 million more households today than there were in 2007, while at the same time we have almost 3 million fewer homes for sale. And Freddie Mac estimates that we’re about 3.8 million homes undersupplied to meet the current demand out there.

We did see housing inventory improve from March to April, as there were 1.03 million homes available for sale at the end of April. However, this equates to just a 2.2 months’ supply of homes and 6 months is considered a balanced market, so this data speaks to the imbalance of supply and demand that we have seen for some time.

The bottom line is this ongoing dynamic of high demand and low supply should continue to be supportive of home prices. And while 20% home price appreciation may not continue, homes should still appreciate in the mid to high single digits, which is a healthy level.