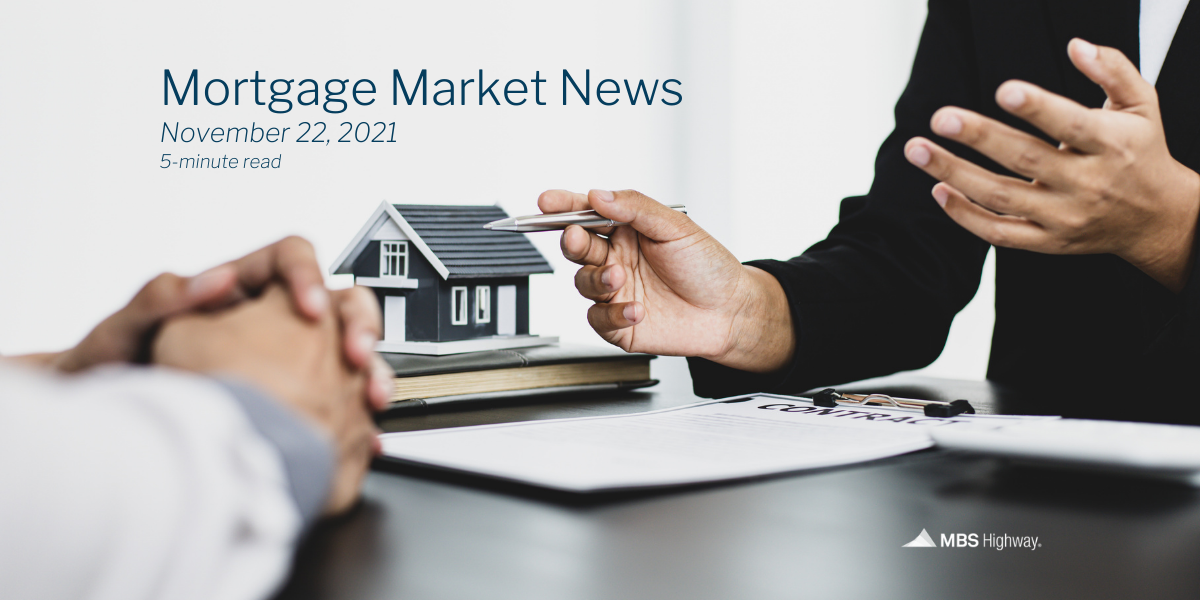 The high demand for homes around the country has helped homebuilders remain confident, despite ongoing supply, labor and lot shortages. Meanwhile, rents continue to rise.

Builder Confidence Increases for Third Month In a Row 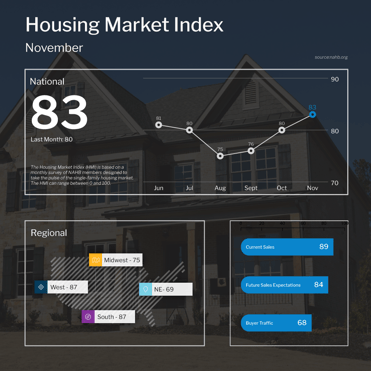 The National Association of Home Builders Housing Market Index, which is a real-time read on builder confidence, rose 3 points to 83 in November.

This is the largest monthly increase since February and marks three consecutive months of increases.

Any reading over 50 on this index, which runs from 0 to 100, signals expansion.

Despite the supply-side challenges and lot and labor shortages builders are facing, confidence has risen this fall due to the continued high demand for homes around the country. 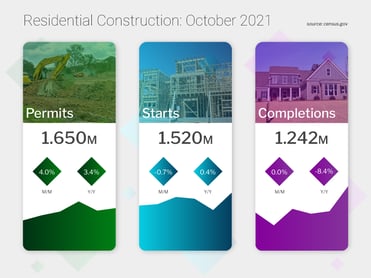 Housing Starts, which measure the start of construction on homes, fell once again in October, as they were reported down 0.7% at a 1.53 million unit annualized pace. Starts were nearly flat compared to October of last year, up just 0.4%.

Starts for single-family homes, which are in such high demand, also declined 3.9% from September to a 1.04 million unit pace. They were also down almost 11% year over year. The only area that saw an increase in Starts was in buildings with 5 or more units.

The previously mentioned supply, labor and lot shortages are hindering builders from completing the level of homes needed to help with the inventory shortages many buyers have experienced around the country. This should continue to contribute to a tight inventory landscape into the foreseeable future.

There was some better news regarding future construction, as Building Permits (which are a good forward-looking indicator of future supply) were up 4% from September to October and 3.4% versus October of last year. Permits for single-family homes rose 2.7% in October but they were down 6.3% year over year.

Housing units that are authorized but not started continue to rise, showing that the backlog of homes is growing, unfortunately. It grew almost 5% in October to 265,000 units not started and this category is now up almost 45% compared to October of last year. 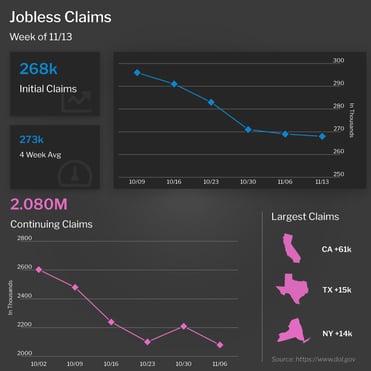 The number of people filing for unemployment benefits for the first time fell by 1,000 in the latest week, as Initial Jobless Claims dropped from 269,000 to 268,000. Continuing Claims, which measures individuals who continue to receive benefits, decreased by 129,000 to 2.08 million. Both of these figures are at pandemic-era lows and also at levels that were more normal prior to the pandemic.

Despite the decline in jobless claims, job openings remain at elevated levels. The Jolts (Job Openings and Labor Turnover) survey showed there were 10.4 million job openings at the end of September.

While this is a decline from the levels reported at the end of July and August, the bottom line is that record levels of people are quitting their jobs. In September, 164,000 people quit their jobs, bringing the total to an all-time high of 4.434 million over the last 12 months. This is up 34% year over year.

On a related note, the Atlanta Fed’s wage growth tracker showed that wages are up 4.1% year over year in October, which is near the highest level in 13 years. Remember, wage-pressured inflation like this tends to be much stickier.

A Note About Consumer Confidence and Rents

Consumer confidence fell to the lowest level in 10 years this month, per the University of Michigan’s Consumer Sentiment Index. Inflation is surging, reducing living standards, and those surveyed don’t think that the Fed’s policy is doing anything to help.

As for those who said it’s a good time to buy a home, that declined to the lowest level since 1982. However, while it may not be an easy time to buy a home, demand for homes remains strong, especially given the increases in rent that have been reported.

CoreLogic released their single-family rental index, showing that rents are up over 10% year-over-year to the highest reading in 16 years. Attached rentals were up almost 8%, while detached and with more space were up over 12%.

While this headline figure is elevated, it is lower than Apartment List’s reading that rents are up 16.4% year-to-date. Note that the main difference between these reports is that CoreLogic takes all rents including renewals into account, while Apartment List’s calculation just factors in new rents.

In both cases, these metrics are much higher than October’s Consumer Price Index rental component, which showed only a 2.7% increase. It just goes to show how understated inflation is within the CPI, as its rental component is out of touch with every other metric.

Despite the rise in inflation we have seen, there were strong reports from the manufacturing sector. The Empire State Index, which shows the health of manufacturing in the New York region, came in above expectations in November while the Philadelphia Fed Index surged to a 7-month high. Retailers also had reason to smile as Retail Sales beat expectations in October, up 1.7% from September, even in the face of higher prices for many items.

President Biden also signed a $1.2 trillion bipartisan infrastructure bill into law, which includes $550 billion in new spending on our nation's roads, bridges, ports, water and rail. It also provides $65 billion to expand broadband infrastructure and $55 billion for clearwater investments. Unlike other bills, this bill will go into effect over the next 5 years rather than all at once.