Jobless Claims Four Times Higher Than Before the Pandemic 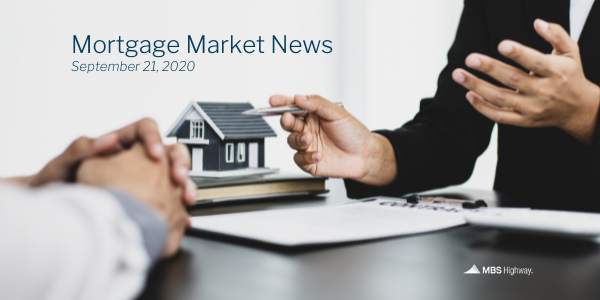 Labor sector woes continue, as another 860,000 people filed for unemployment benefits for the first time during the week ending September 12. Yet, despite the staggeringly high unemployment claims, the housing sector remains a bright spot in the economy. 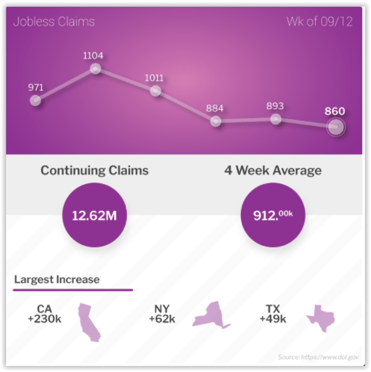 Another 860,000 people filed for unemployment benefits for the first time during the week ending September 12. While this figure has slightly improved from the readings above 1 million, it is still more than four times the number of claims that were being filed before the pandemic.

Continuing Claims, which measure people who continue to receive benefits after their initial claim is filed, totaled 12.6 million.

The total number of individuals receiving some type of unemployment benefit is at 29 million. By comparison, there were only 1.5 million people receiving benefits during the same week last year. While the Bureau of Labor Statistics reported that the unemployment rate was at 8.4% in August, the real unemployment rate in near real-time factoring everything in sadly has to be much higher.

The National Association of Home Builders Housing Market Index, which is a real-time read on builder confidence, rose from 78 to 83 in September, which is a new all-time high.

The index is made up of three components and all three moved higher in September. Confidence in current sales jumped 4 points to 88, sales expectations in the next six months was up 6 points to 84 and buyer traffic rose 9 points to 73.

Also of note, lumber prices have jumped more than 170% since mid-April, adding more than $16,000 to the price of a typical new single-family home, according to the NAHB. Lumber producers shut down in March and April as the pandemic hit the US and did not expect to see the quick surge in housing demand that began in late May.

Ramping up production, while protecting workers with social distancing, was not easy and supply suffered. The fires on the west coast are adding to the concerns. Lumber prices have since fallen almost 40% from their peak so hopefully this will lend some relief if sustained. 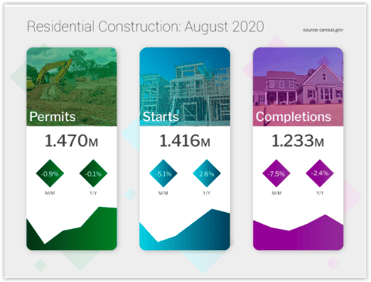 Building Permits, which are a good forward-looking indicator of Housing Starts, were down 1%. But again, the decline was all in multi-family units. Permits for single-family homes rose 6% from July to August and they're up nearly 16% compared to August of last year. The bottom line is that housing continues to remain the bright spot in the economy.

The Latest Inflation Update From the Fed

The Fed met and, as expected, announced they would leave their benchmark Federal Funds Rate unchanged at zero. They also noted they don't see a change happening until after 2023. It's important to understand that the Fed Funds Rate and Mortgage Rates are completely different instruments. The Fed Funds Rate is an overnight rate that can be changed day to day, while a Mortgage Rate is in place for a longer time frame, such as 30 years.

The Fed also noted they will maintain an accommodative policy until their inflation target of 2% is reached. They elaborated slightly on their new "average inflation" methodology, saying that they would allow inflation to run moderately above 2% for "some time" so that inflation averages 2% over time. However, the projections from Fed members show that they don't see inflation reaching 2% until 2023, with a projection of 1.5% in 2020, 1.7% in 2021 and 1.8% in 2022.

Why does this matter?

Over in the manufacturing sector, the Empire State Index, which shows the health of the manufacturing sector in the New York region, was reported at 17.0, much higher than the 6.5 expected for September. Meanwhile, the Philadelphia Fed Index fell 2 points to 15, marking a third straight decline since June. However, any reading above zero does indicate improving conditions and the report beat expectations.

Retail Sales rose 0.6% in August, marking a third straight month of increases, but the pace of sales has slowed from earlier in the summer. This slowdown does correspond with millions of people also losing extended unemployment benefits last month as well.

The housing sector remains the backbone of our economic recovery, as the demand for homes has...