Looking Ahead in the Housing Market 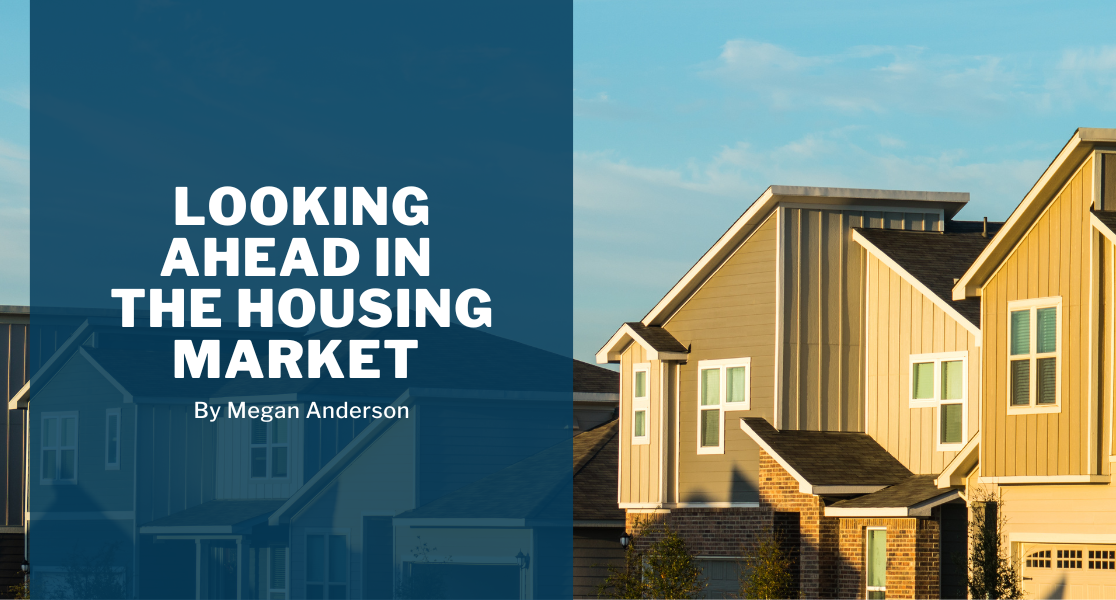 There is a lot of debate going on in the media about whether we are currently in a recession or heading for one. Let's review the various recession indicators we have seen and how a recession could impact the future of housing.

What is a Recession?

Let us first discuss what a recession is and why it matters to the housing market.

The National Bureau of Economic Research (NBER), the referee for calling recessions, defines a recession as a “significant decline in economic activity that is spread across the economy and lasts more than a few months.” There are three main criteria: depth, diffusion and duration. While each needs to be met individually to some degree, extreme conditions seen in one criterion could outweigh weaker signals from another.

Recession indicators are very important, especially when it comes to the housing market. When recessions happen, historically, interest rates drop. And if you know a recession is coming, you can be a much better adviser to your clients and help them find the right strategy for their situation.

Gross Domestic Product or GDP is a measure of economic activity in the United States and changes in this activity are a great way to measure the health of the economy. The final reading of GDP for the first quarter of 2022 came in at -1.6% and the second reading for the second quarter was -0.6%. While it’s possible that the final reading for the second quarter may be revised when it is reported on September 29, as of now we do have two consecutive quarters of negative GDP.

While two consecutive quarters of negative GDP is not the official NBER definition of recession, it became a Wall Street rule of thumb because we have never had successive quarterly declines in real GDP without the NBER officially announcing one eventually. The NBER will ultimately make the call regarding whether we’re in a recession and they may wait to see some increases in the unemployment rate before doing so.

Recession or not, growth has slowed notably this year and is continuing to do so in the third quarter as well.

The unemployment rate is a fantastic recessionary indicator, although a lagging one and it is usually the last to show up in the data. This report is the main reason for the debate about whether we’re in a recession or not.

Contrary to what many people may think, recessions happen when the unemployment rate is low, rather than high. In fact, a key recession indicator occurs when unemployment reaches its lowest level and starts to tick higher.

So, why do recessions occur after the unemployment rate reaches its lowest level?

What’s more, when people lose their job, their spending patterns change. They are less likely to go out to dinner, buy a new car and take a vacation.

As this happens those businesses, restaurants, car dealerships and airlines begin to feel a slowdown in their business – and they may also stop hiring or begin to lay off more employees. The cycle keeps perpetuating itself and this is what leads us into a recession.

This year we’ve experienced widespread inflation, in everything from gas prices to our weekly grocery run, with inflation as measured by the Consumer Price Index reaching 40-year highs.

The Fed can help fight inflation by raising its benchmark Fed Funds Rate. This is the overnight borrowing rate for banks and it is not the same as mortgage rates. History has shown us that nearly every time the Fed has raised the Fed Funds Rate, a recession follows.

So far this year the Fed has raised the Fed Funds Rate by 25, 50, 75 and 75 basis points at their meetings in March, May, June and July, respectively. With the unemployment rate remaining at low levels, this gives the Fed the green light to hike again at their next meeting on September 21.

An inverted yield curve is important to understand because almost every time it has happened in the past it has led to a recession.

The best way to understand this is to imagine you’re going to invest some money. You have the option of putting your money away for 10 years or 2 years. Typically you would expect to receive a higher rate of return if you put your money away for 10 years when compared to lesser timeframes. But when there is an economic slowdown and fear in the markets, the yield curve can go inverted – meaning that 2-year yields are higher than 10-year yields, which is backwards or upside down.

This summer, we have seen inversions on the yield curve, including both 1-year and 2-year yields moving higher than 10-year yields, so it’s crucial to keep an eye on this moving forward.

While we have discussed a few recessionary indicators we’re seeing, it’s important to understand all these indicators if we're going to help our clients pick the best strategy for their situation. You can learn more about recession indicators by taking our Certified Mortgage Advisor course.

While a recession can cause a lot of heartburn and pain, it often ends up presenting a wonderful opportunity in the housing market because mortgage rates typically decline during recessionary periods.

This helps us in a few ways. For clients that are super focused on rate, change the conversation. Maybe the strategy should be to take the higher rate to decrease out-of-pocket expenses and cover closing costs, knowing the future will present an opportunity to refinance to a lower rate.

Also, note that the purchase applications you’re doing today could become your refinance clients in the future. You can create a strategy for staying top of mind with your clients so when rates drop, you are the one receiving the refinance business.

One great way to stay top of mind is through social media. I encourage you to friend request all your clients and then be sure to post consistently while also engaging with their feeds. When the time comes, they are more likely to see the latest market video you post and reach out to you. MBS Highway’s social studio tool can help you with this. We have created video scripts and the tool turns into a teleprompter, making it quick and easy to record videos and stay consistent with posting on social media.

Take a free 14-day trial of MBS Highway and see for yourself how we can help you grow your business and benefit from the opportunities this recession will create.

Who Determines If We’re In a Recession?

The first or advanced reading of second quarter GDP was reported at -0.9%, which follows the -1.6%...